Best 10 Things to Do in Leipzig, Germany

No need to wonder what to do in Leipzig. It’s such a hip and cool place, which is fast becoming like the second Berlin. So, there’s always an event going on. But if you’re looking for the best attractions, here’s a list of the best 10 things to do in Leipzig Germany.

Start by saying “lie” and add a P for the first syllable, which is stressed. The second syllable can be pronounced as you see because the final sound isn’t really typical for English but Germans would still understand you.

After wondering what to see in Leipzig, Germany, you might wonder where to start? How about with one of Leipzig’s most famous residents.

Head to St Thomas Church. This 13th century Gothic church may be most famous because of the people associated with it. From 1723 to 1750, Johann Sebastian Bach was the church’s cantor.

It has also been Bach’s burial place since 1950, making it one of THE top things to see Leipzig. As a result, music loving visitors flock to this church to walk the same halls that Bach once did.

Although Bach is no longer leading them, the choir at St. Thomas is still one of the most prestigious in the world, so don’t miss the opportunity to hear them on Fridays, Saturdays and Sundays.

Leipzig’s amazing fine arts museum lives in a big glass cube right in the center of the city. The museum houses art from as early as medieval times, all the way through present day.

Although their collection is varied, the museum is best known for its collection of works by German Renaissance painters like Frans Hals and Lucas Cranach the Elder. The museum is closed on Mondays. Admission to the museum is 10 EUR (11 USD).

This famous work of Wilhelmine architecture is a monument to the epic battle of Leipzig. (You might have seen it listed in my cool places to visit near Leipzig in my suggested day trips from Dresden).

The famous battle took place in 1813, and was one of Napoleon Bonaparte’s final defeats. The battle of Leipzig was the largest battle in Europe before World War I, with 600,000 people joining in the fight.

In honor of such a momentous battle, this monument is the tallest war monument in all of Europe, measuring at 91 meters. Don’t miss out on this opportunity to get to know early European history at this fascinating monument on your next trip to Leipzig, Germany.

If you’ve ever wanted to expand your knowledge of the history of East Germany and Reunification, Zeitgeschichtliches Forum is the ultimate museum for you.

The museum’s permanent exhibit educates on all aspects of life in East Germany under socialist regime.

There are 3,200 exhibits in the museum, so it’s easy to spend a whole day here delving deep into the personal accounts, propaganda posters, art, photographs and everything else the museum has to offer.

After you’re fully caught up on life in East Germany, the museum takes you through the events of the Monday Demonstrations and the fall of the Berlin Wall.

Regardless of what time of year you visit, you will find something happening in the market square, making it one of the many free things to do in Leipzig.

The market square also hosts a weekly produce market, an Easter market, and quirkier events such as the Wave-Gothic-Treffen, which is the world’s largest Gothic festival featuring medieval stalls and jousting in the middle of the square.

Across from St. Thomas Church is this incredibly detailed museum on the life and work of Johann Sebastian Bach. Any music lover will be blown away by the treasure trove of Bach’s handwritten music manuscripts.

The museum also displays several of the instruments he played, such as his organ and a violone from his orchestra. The Bach Museum is open Tuesday-Sunday and costs 8 euros.

The Leipzig Zoo, which opened in 1878, is one of the oldest zoos in Germany. Although the zoo is old, it’s anything but outdated and undoubtedly one of the most popular Leipzig top attractions.

The Leipzig Zoo is home to some seriously high-tech exhibits, such as the Gondwanaland biome, a 16,500 square metre indoor tropical environment that houses plants and animals like giant otters, komodo dragons, and squirrel monkeys.

The zoo constantly seeks to expand so the animals territories can be as big as possible and their natural habitat recreated as authentic as can be.

Entrance to the Leipzig Zoo is 21 EUR (23 USD), which is steep but the zoo is certainly something special.

The Grassi Museum is one of the most unique places to see in Leipzig. It’s housed in an art deco building from the 1920s, is basically three museums in one: a Musical Instruments Museum, an Ethnography Museum, and the Leipzig Museum of Applied Arts.

No matter what you’re interested in, you’ll find something exciting to explore at the Grassi Museum. The Musical Instruments Museum is especially fascinating, with instruments from all over the world dating as far back as the 1500s.

If you’re looking to get some shopping done on your trip to Leipzig, Germany, look no further than Mädlerpassage, a cute shopping passage dating back to 1910 right in the middle of the city.

This four-story shopping area has everything from countless specialty shops, adorable cafes, delicious restaurants, and even a 15th century wine tavern.

It might be too expensive to plan a shopping spree around here but window shopping alone should is a worthwile pastime. I really enjoyed the photography store, where you can purchase prints of portraits from famous musicians throughout the past few decades.

During December, do come inside the arcade so you can admire the super tall Christmas tree made only from lights.

No list of the ultimate top 10 attractions in Leipzig is complete without spending time exploring its beautiful, historic old town.

The Altes Rathaus (“old town hall”) is considered to be Germany’s best example of Renaissance architecture. Wandering through the streets of the old town, you’ll feel like you’ve stepped back in time.

It’s possible to climb the tower. An appointment at the tourist information is necessary for that.

Which of these top 10 things to do in Leipzig was your favorite? 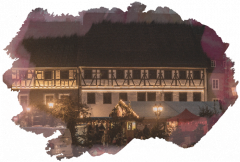 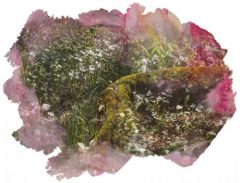 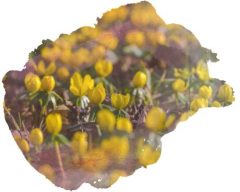